5 Ways to Make Money in the Metaverse in February

Metaverse experiences such as Decentraland, The Sandbox and many others are evolving as venues for business, commerce, networking and marketing. While blockchain metaverses are quite new, tech-savvy entrepreneurs have started to run revenue-generating businesses in these virtual environments.

Because these virtual environments allow users to own custody of their in-game assets via their crypto wallets, a vibrant economy of goods and services is emerging in the metaverse. This allows players to engage in activities that allow them to earn cryptocurrency, build brands, and trade with others—the possibilities are almost endless.

Are you interested in making money in the metaverse? Read ahead for our guide that details several methods players use to earn cryptocurrency, start a business, and build a career in the metaverse.

How to make money in the metaverse?

Metaverse entrepreneurs are selling digital objects like artwork, clothing, and 3D models in virtual worlds such as Decentraland and The Sandbox. If you’re unfamiliar, NFTs are digital assets that are ‘minted’ onto the blockchain. This means, instead of being stored on your computer or a company’s server, a piece of NFT artwork actually lives on the blockchain and is stored in a person’s private wallet address.

Big-name NFT projects include two-dimensional collectable images such as Cryptopunks or Bored Ape Yacht Club. But NFTs can take many different shapes and forms, especially in the metaverse. In Decentraland for example, each piece of user-created clothing is an NFT that can be bought, sold, and transferred between private wallets.

Some users have produced entire NFT clothing lines for sale in Decentraland, and bigger brands like Dolce & Gabbana, Gucci, Balenciaga, and Ralph Lauren are reportedly releasing their own wearable collections as well. 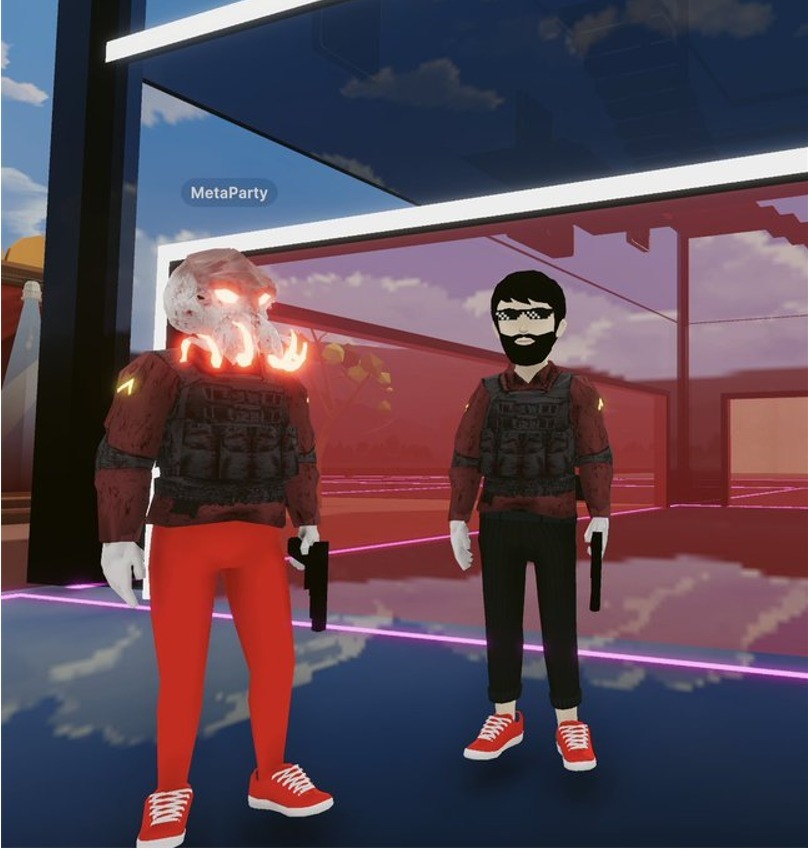 If you’re skilled at 3D modelling and want to build metaverse structures, you may be able to design and sell your creations to other players.

Land in the metaverse is quickly becoming a hot commodity. As of January 2022, the cheapest plots of land in Decentraland cost around £12,000. Prime spots and locations can rocket into the millions. Just like in real life, owning land in the metaverse is considered an appreciating asset. Owning land offers the ability to host events, promote projects, and show off your creativity.

While Decentraland and The Sandbox feature builders that allow players to create simple structures, it’s also possible to independently design a 3D model and deploy it onto a parcel of land. However, you need to own land before being able to place your models or structures into the metaverse. If you’re a skilled designer, it’s possible that someone might hire you to design a structure to deploy on their land.

CoinText interviewed 3D modelist and Decentraland builder IAmJudasJudas, who gave the following advice about how to get paid building metaverse structures:

“I started out building for free. Learning skills and being creative and really just having fun building simple things. I worked for free developing my experience, increased my portfolio and exposure as reward enough since I didn’t really have anything else to offer but enthusiasm.

One free build led to the next which eventually led to people offering me real money to build things. I was and still am grateful for all/any opportunities that come my way.”

Perhaps the most exciting part about the metaverse is how people are applying their talents, skills and abilities to metaverses like Decentraland. If you’re an artist, musician or even a stand-up comedian, it’s possible to make money by performing at metaverse events.

Philadelphian stand-up comedian Mike Salvi is known to perform in Decentraland at events. Salvi recently announced he’s opening his own stand-up comedy club in the metaverse called ‘The Comedy Verse’.

High-profile musicians have also performed in the metaverse. Superstar DJ Dillon Francis played a set at the opening night of Decentraland’s Atari Casino in April 2021. Hip-Hop legend and cultural icon Snoop Dogg is partnered with The Sandbox hosting virtual concerts.

But you don’t have to be a celebrity to perform in the metaverse! There’s a strong appetite in Decentraland for performers of all levels to feature at events and parties. Events-based companies like MetaParty employ a variety of performers including hip-hop artists, comedians, musicians and more.

We asked MetaParty co-founder Rezinator about how he built a successful events company in the metaverse:

“I began hosting events in Decentraland in March 2021 and met a lot of awesome people with big ideas. Myself and two friends created a community named MetaParty in June. We now provide free to attend interactive events within the MetaVerse 5 days a week. MetaParty have several NFT wearables on the marketplace and now generate revenue from our 3,000 strong community purchasing said NFT wearables.”

Decentraland and The Sandbox have a few dedicated players who stream their experiences on platforms like YouTube and Twitch. Some have successfully monetised their content by featuring sponsors and creating videos for brands within the metaverse.

While Decentraland is still emerging and considered a niche interest, successful streamers in other popular games can make between £2,000 and £4,000 a month as part of Twitch’s affiliate program. That amount may not be likely in the short term for metaverse experiences but demonstrates that it is possible to earn a living as a streamer and content creator.

Two popular streamers in Decentraland are Peanutbutta and KevinonEarth. They stream on YouTube and Twitch respectively. By streaming experiences in the metaverse, you can communicate with audiences curious about the metaverse and build a following within it.

Creating video content could also open up the possibility of freelance video production for companies or brands looking to produce metaverse content. Check out this video from Argentinian-based YouTuber Tobik about other ways to make money in the metaverse.

If you’re willing to take a risk to make some cash in the metaverse, Decentraland features a number of casinos in which you can gamble real MANA on virtual blackjack and poker. These games are developed and maintained by Decentral Games, a major player in the play-to-earn space in which users can win crypto from either gambling or playing other games.

Once fully released, The Sandbox promises to host a number of play-to-earn games which encourage users to earn crypto rewards. While the variety of metaverse experiences offering monetary incentives isn’t huge it’s still early days and these are set to become a popular alternative to more traditional forms of gaming. If you’re keen to earn real money playing video games, the infrastructure is already in place. In emerging economies such as the Philippines and Venezuela, people can already earn more money playing games like Axie Infinity than in low-income hospitality, cleaning and retail positions.

Axie Infinity is a popular metaverse game in the play-to-earn category. It’s similar to Pokémon in that players own virtual critters called Axies that can be battled and traded. Users can earn money buying and selling Axies while also earning cryptocurrency from player versus player battles. While most adept gamers are able to carve out a living playing Axie Infinity, and other similar play-to-earn games, it’s also possible to trade earned NFTs and make even more. Consider that one Axie sold for a staggering £620,000 and its easy to understand why people are flocking to these emergent crypto-based, gaming ecosystems.

Axies for sale on OpenSea

Speculating on metaverse coins like $MANA, $SAND and $AXS is a popular method of making money off these new virtual environments.

Ever since Facebook’s metaverse announcement in October 2021, metaverse coins have experienced an upswing in price and popularity. Though nobody can say for sure whether this trend will continue into the future, these coins could be a lucrative investment given the rush to claim land in metaverses.

SAND is a utility token that is needed to make in-game purchases in The Sandbox. As users can create play-to-earn games in The Sandbox, SAND is used for payouts when players accrue rewards. Like other metaverse coins, SAND received significant attention in late 2021.

AXS is the native token for play-to-earn game Axie Infinity. It’s used to pay out staking rewards and rewards earned from battling other players. Users that stake their AXS are able to participate in community governance votes and make decisions about the future development of the project.

Litecoin price could drop below the $170 level